After the revelations of Blitzen and his performance enhancing drug allegations, and also those of his wife, the bondage wearing page 3 girl, Rudolph needed one thing…
Beer.
And fast.
He headed home as fast as his hooves could carry him.
Big Brown Bear was still fast asleep and drooling on the cushions so Rudolph decided to leave him to it.
Needing to find some solace in something, he cracked open a beer and downed it.
And then another.
And another.
He felt so angry with his ex-wife.
So betrayed (she never wore leather and chains when she was with him…)
And so drunk.
Then, before he could say “fanny’s my aunt,” (on that point, who the hell is this Fanny?! I’ve never actually met anyone called Fanny or anyone with an Aunt called Fanny. I guess it’s not a popular name anymore. Can’t think why?) he found his head in some cheesy balls where he then passed out and fell asleep.
*******************************
They’re a snack people!
For Goodness sake!
Minds out of the gutter please!
Sheesh! 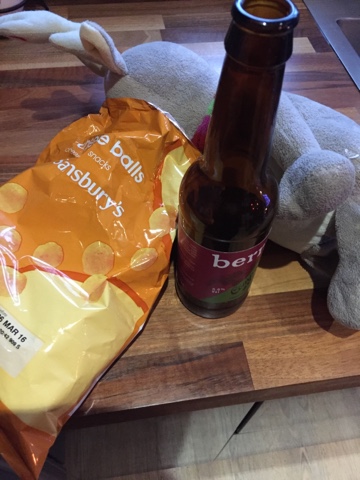