A week into the new school year and we are just about settled into the madness of it all once again.

My gin and tonic night has moved from a Friday to a Thursday and my intake of haribo has increased – technically the fried eggs in the packets count as protein and therefore a healthy breakfast.
Gone are the lazy days of the summer holidays (Summer! Pah! I’ve seen more sunshine in Iceland in January than I did these summer holidays!) when loitering in our pj’s until lunchtime was perfectly fine and we had all the time in the world to do as we pleased.
I loved having Mario Kart Grand Prix competitions with my boys, the joy and satisfaction I felt beating my 5 year old was comparable to the feeling I get by having a glass of wine. Marvelous!
(Loosing at Mario Kart to your mum is a tough life lesson but he will thank me for it when he is older…he will also learn that Yoshi is king of Mario Kart. But until that time, Yoshi is mine!!! Mwahahahaha!) 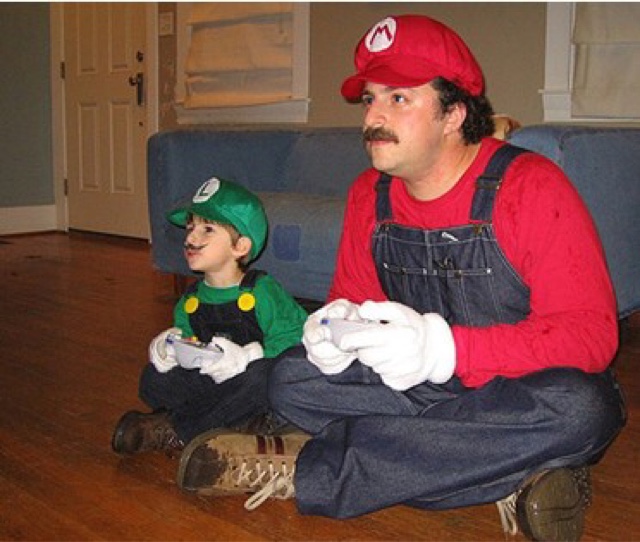 I made a vow with myself that during this school year, I was not going to shout like Brian Blessed with a megaphone in the mornings at the kids.
I had the morning routine all planned out to avoid any need for shouting.
The Internet is full of useful organising tools and here is one that I thought looked ideal… 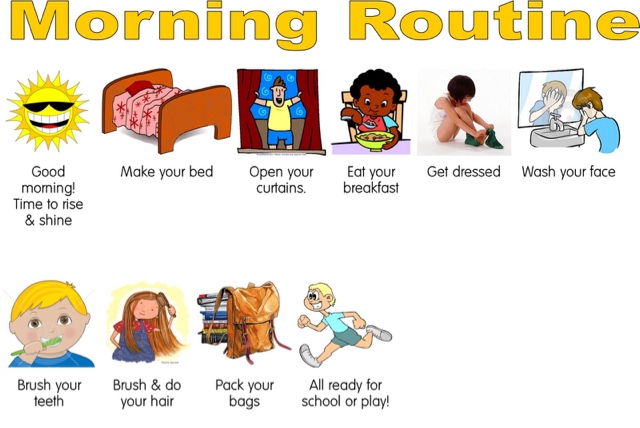 Simples.
I’d get up at 6:30 to sort myself out, get the kids up at 7, washed and dressed by 7:15, breakfast by 7:30, teeth cleaned by 8 and then 15 minutes or so to muck about before shoes on and out the door for 8:20.
Faultless.
Until you add the kids and put it into practice.
Why does my good mood dissipate as soon as they’re awake…? I mean, don’t get me wrong, I love them to the moon and back (well, maybe not the moon. I’m not one for heights. I’d probably go to Bracknell and back for them) but I love them so much more when they’re tucked up safe and sound and they’re fast asleep. 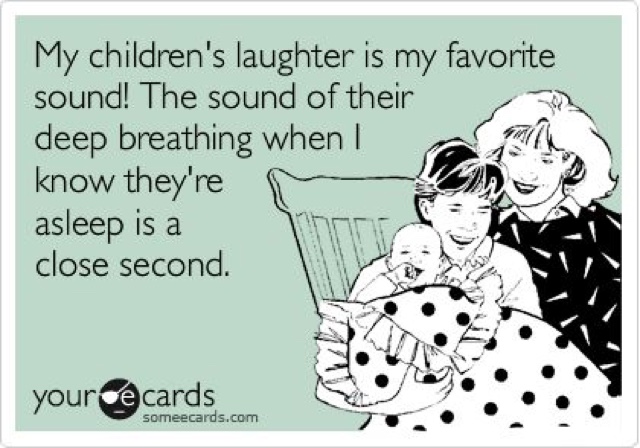 Day one of the school term starts like a dream. I set my alarm for 6:30 and the kids are up before me. They’re full of excitement and anticipation for the new school year and can’t wait to get going.
My eldest was so excited he even suggested sleeping in his uniform because he couldn’t wait to get it on. I laughed at his cuteness and told him to put his pyjamas on…unaware that within 24 hours his childish thoughts would actually prove to be a very sensible suggestion and a potentially vital time saving tool in the morning chaos.
He has a wise head on his shoulders that one…
We get up and follow the routine I have had planned out and all goes brilliantly.
We practically glide to school full of happiness and enthusiasm and, for a few minutes at least, I actually feel like I have this parenting shizzle down for once. (Like my street talk there?! I’m so down with the young people isn’t it).
The children kiss me goodbye, I feel so proud of them growing up and looking forward to their new year of learning and I’m completely overjoyed at the fact I can now go home and tidy 6 weeks worth of crap up.
I officially feel like super mum…for 24 hours anyway. 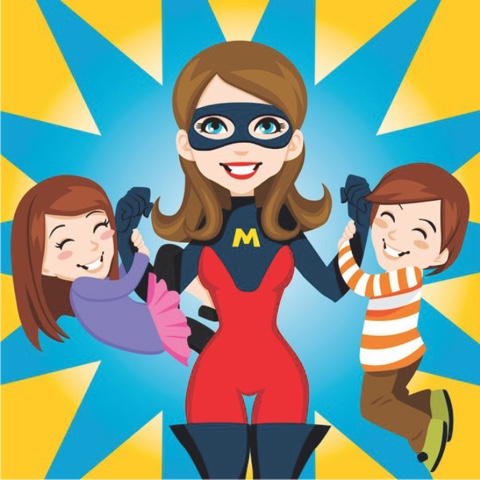 Day 2 of the school year…not so great.
That didn’t last long did it.
Over in the blink of an eye.
Like so many things in life.
Day 2’s routine went something a little more like this… 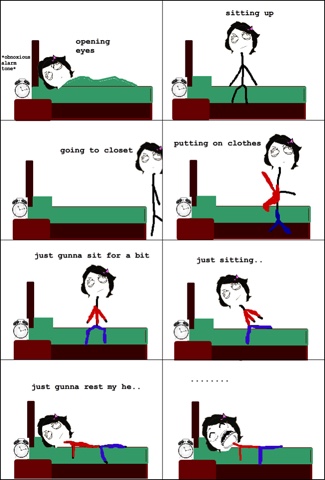 The little one decides he doesn’t like sleep and wakes up demanding he sees peppa pig at 2am and 4am.
Oh, and 5:30am.
(I swear, if I hear that theme tune one more time that pig is going to be in my bacon sarnie at the weekend. And on that note, out of interest, how many kids have sat watching the episode of Peppa Pig going to see Mr Potato at the theatre whilst chomping on a dinner of sausages and chips…just food for thought).
My lack of sleep results in me smashing the alarm clock in a rage when it goes off at 6:30am. It can’t be time to get up yet surely…
I decide to use the snooze function.
“Just 10 more minutes…”
After 10 minutes the alarm goes off again.
“Just 10 more minutes…”
I snuggle back under the duvet and cram in a few more precious minutes sleep.
Then, something wakes me up with a start and when I peer at the clock, panic sets in. It’s 7:15am and I’m already 45minutes out of my organised schedule.
Chuffing hell!!!!!!!
The vow I made to myself just 2 days prior is out the window and I zoom into the boys rooms yelling, “get up!!! Get up now!!!” a-la Blessed Brian.
Epic. Mummy. Fail.
From this moment on, use of the snooze button is forbidden. (Just like whistles in party bags and moon sand. Oh, and Hamma Beads. No good can come of those things, you mark my words. They will end up in someone’s nose or ear at some point).
Eldest child diligently throws himself out of his bunk bed and gets himself dressed in lightening quick time.
“Are you ok mummy?” He asks. “You look a bit cross”.
Wise head that one, as I said earlier…
“We are just running a little behind schedule poppet that’s all. We just need to get a move on”.
I go into the middle child’s room and expect to see him getting dressed as I had screamed a few minutes earlier.
Nope.
Not this one.
He’s hidden himself under his duvet and gone back to sleep. I don’t know where he gets that from…must be his Dad.
“I asked you to get up and get dressed!” (Yes, I’m shouting again…)
“But I’m tired and I don’t want to get up today” he replies.
Obviously I’m very sympathetic to his response (by this I mean I drag him out of bed and point furiously at his uniform) and i inform him that I understand how exhausted he is as I’ve had very little sleep myself.
He eventually gets dressed and comes downstairs to choose his breakfast.
His older brother is already stuffing his healthy choice of Ricicles in his face and the little one is having toast and fruit as its relatively mess free and he can manage to chomp that on his own whilst I continue run about like a headless chicken.
The middle one nonchalantly peruses the cereal selection like he has all the time in the world and he eventually chooses a healthy chocolate coated multigrain (which makes it almost acceptable as a food) offering.
He takes 25 minutes to eat it, whilst I continuously bellow, “EAT!!” at him as soon as his jaw stops moving.
There’s that Blessed Brian again and I begin to resemble a Quentin Blake drawing of Miss Trunchbull…. 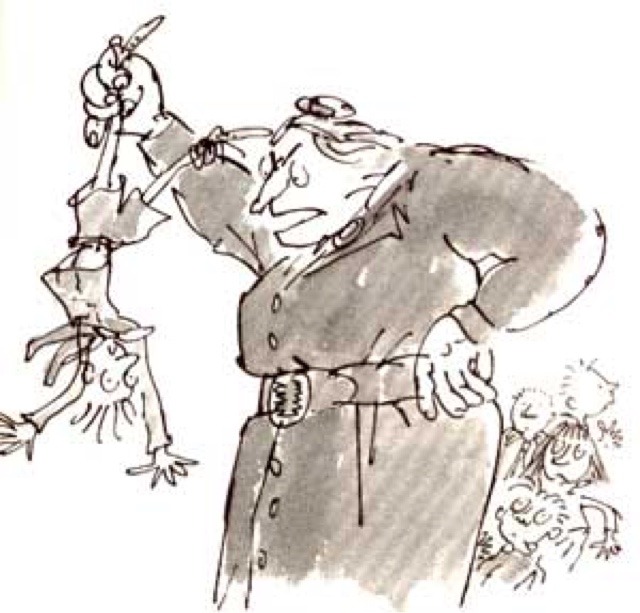 After that it’s teeth cleaning time where I bellow, “TEETH!!!” Until he’s finished.
Then finally it’s, “SHOES!!!” And “BAGS!!!” Then, “BOTH SHOES, NOT JUST ONE SHOE! WHAT GOOD IS ONE SHOE?!” Then, “ALL YOUR BAGS!! WHERE’S YOUR LUNCHBOX!! DO YOU NOT WANT LUNCH TODAY?!”
Really, why on earth did I set myself this stupid no shouting rule. It was never going to last, and it didn’t.
Just like New Years resolutions. They’re completely pointless. I don’t make New Years resolutions, and if I did, mine would be to not make a resolution. That doesn’t work does it…technically I’ve made a resolution then. Where’s my Gin?
We power walk our way to school and we get there 3 minutes after the doors open. It’s a miracle.
Though i fear, had I not shouted my head off, we may still be picking a cereal now.
So, I’ve learnt my lesson not to use a snooze button.
I’ve also learnt my lesson to not set myself unrealistic goals like not shouting in the mornings, making ornate and, frankly, ridiculously complicated lunch boxes (you know, like those mums on Pinterest do…) and to move my Gin night from a Thursday to a Wednesday.
Cheers. And here’s to the rest of the school year…where’s my coffee? 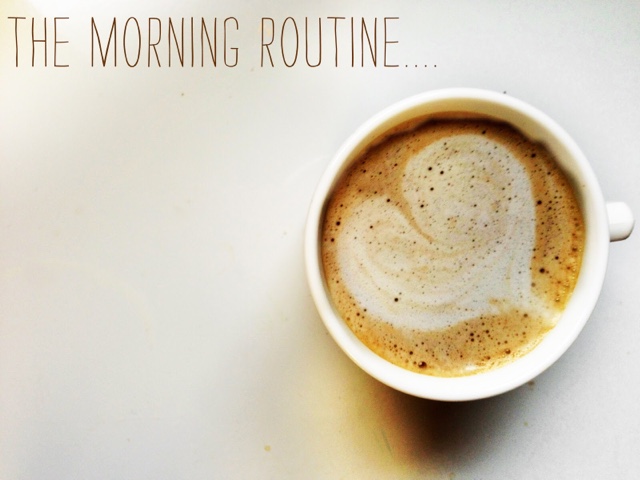