Jumping on the Book Week bandwagon because, well, you have to record these moments don’t you!
(Apologies to those of you who are fed up of seeing children in fancy dress being told to pose for photos…its obligatory today)

This morning we had a Harry Potter and a Peter Pan for company on the way to school.

My ‘Harry Potter’ (I think my version should be called Barry Trotter) was shouting his spell commands at the top of his voice walking down our road this morning.

The only trouble is, the spell “Expelliarmus” which Harry Potter uses in the books/film was coming out of my Barry Trotter’s mouth as “Smellyarmus” which sounded like he was telling all the commuters walking past us to the station that they had a body odour problem…

Where’s my cloak of invisibility when I need it….?!

Feel free to share your pictures of your little book worms! 📚 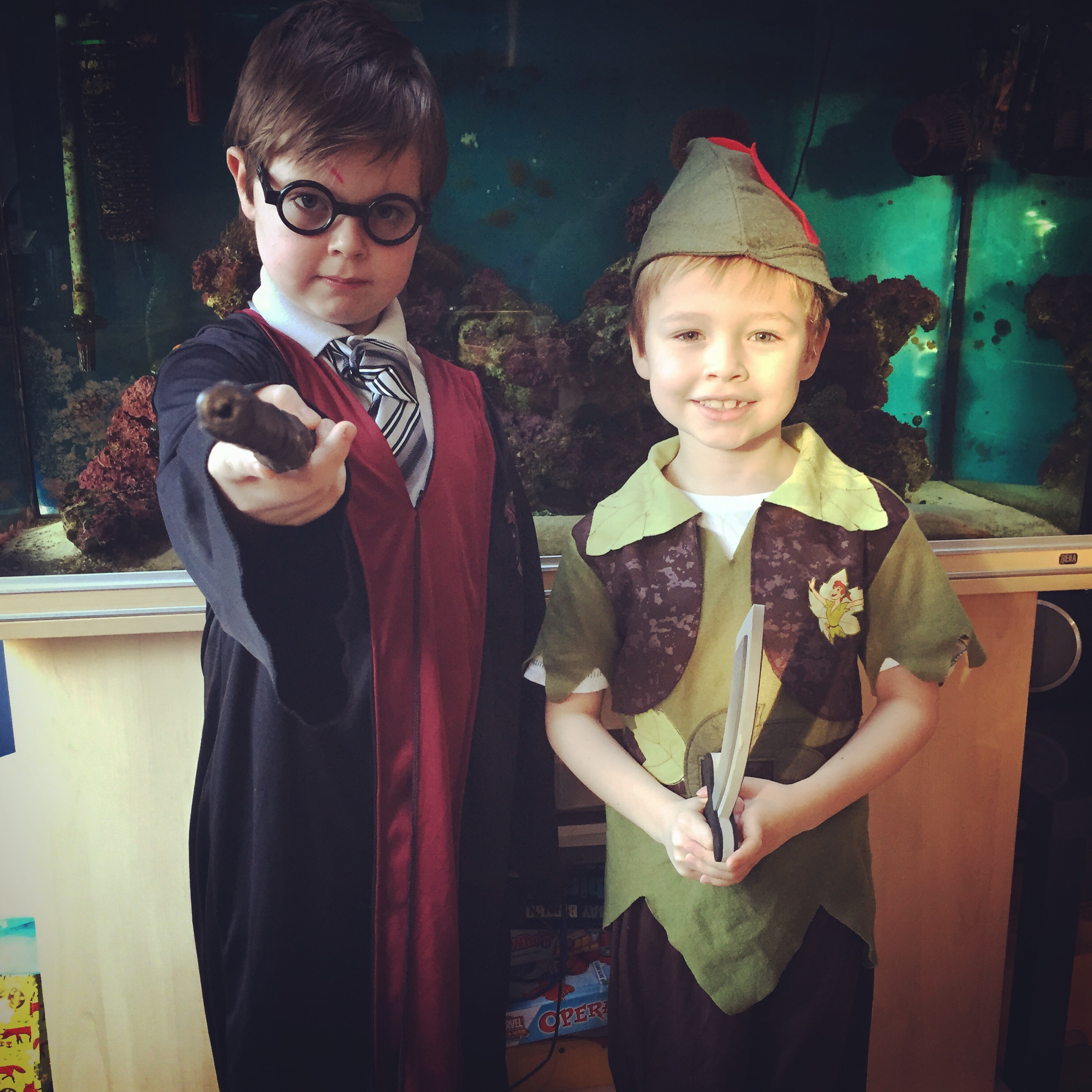