Coming home from holiday on Saturday we had Radio 4 on in the car. With 3 boys in the car, 2 of whom have such epic hearing they can hear a packet of crisps being opened in a house 3 doors down, we thought having this on would be a safe option.

Alas my friends, it was not a safe choice.

Listening to an afternoon play, written and narrated by Alan Bennett called, Denmark Hill (which is loosely based on the Shakespearian tale of Hamlet) we hear the tale of a woman called Gwen, whose husband has passed away from Pneumonia (perhaps with a little ‘help’ from a friend of theirs called George who gives her husband his final ‘drink’). George and Gwen become ‘good friends’ shall we say and they conspire to setup Gwen’s son Charles with a young, pretty lady called Nicola. It would appear that Charles and Nicola like each other but are both painfully shy. Upon visiting his mother for the day, when Charles tried to leave to take Nicola home, Charles finds his car has a flat tyre (in fact sabotaged by George as part of an elaborate matchmaking scheme) meaning he has to stay the night with Nicola. A cunning plan to get them together….

Charles and Nicola share a room and attempt to ‘do the deed’ but he gets stage fright and the narrator begins to describe how, “clearly, no intimacy had taken place”, between Charles and Nicola. He appeared to be having a few issues ‘downstairs’ and couldn’t perform and then, to make matters worse, he began to hear noises from his mothers bedroom….bed squeaking, something banging against a wall, then noises from her. And him. It would appear that Gwen and George had opted on ‘sleeping’ in the same room if you catch my drift….
Anyhow, noises begin coming from the radio that you’re really not sure you want your children hearing. I think me and my husband were in utter disbelief at the noises echoing around the car, at 2pm in the afternoon, to manage to turn it off until the point of the awkward noises coming from the mum, Gwen. I hastily snap myself out of my disbelief and push onto Radio 1 (which I think was blaring out a bit of Rhianna…which is almost as bad as radio sex to be honest) and looked at each other in bemusement.

For future reference, Radio 4 is not always family friendly….even at 2pm in the afternoon, unless you’re planning on discussing sex education with your 8 and 6 year old in a slightly unorthodox way that is.

Don’t get me wrong, I love Radio 4 and Alan Bennett is brilliant – I just wasn’t expecting that over the sound waves on a Saturday  afternoon.

Back to listening to The Gruffalo story cd on repeat for 6 hours next time I think…. 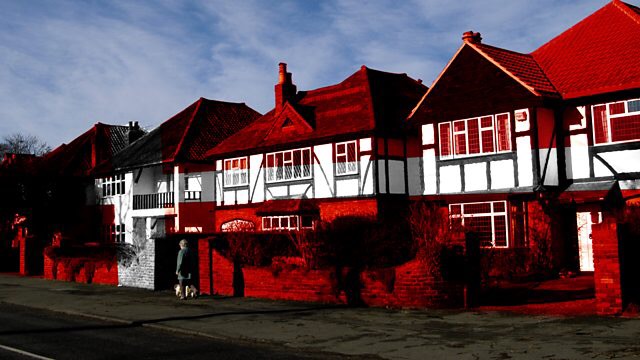