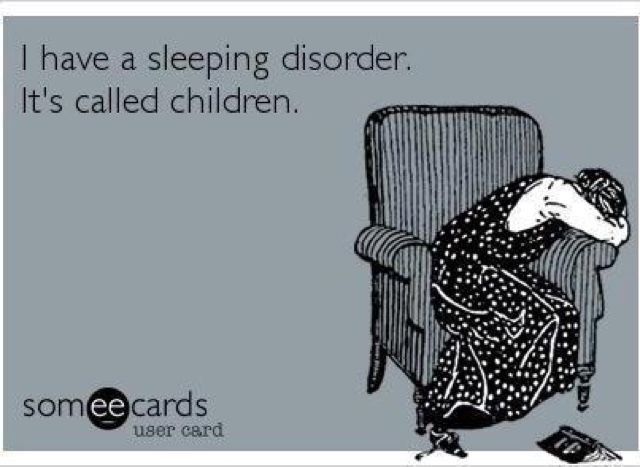 The one who has been sent to destroy me (my 1 year old) decided sleep was not a life requirement last night so has been up since 4am. As well as a couple of times at 12am, 2:15am and 3am.

I managed to drag this sorry affair out until 6:30am but sadly, by this time, I’d lost the will to live and the one who does not sleep arose victorious.
I tried to stay calm and go in his room each time and say firmly, “it’s not wake up time yet Ben…” I would lay him back down and say, “good boy. Night night”, and try to walk out his room.
Far from being compliant, he just looked at me with utter contempt in his eyes and, whilst eyeballing me, pointed out of his cot and shouted, “down!” at me.
I’m not sure if this was because he wanted to get down or if it was a threat and he was explaining where he was sending me…”You’re going down woman!”
Every time I settled him back down and tried to make my way out of his bedroom door, he would immediately spring up and rant at me whilst jumping up and down in his cot. 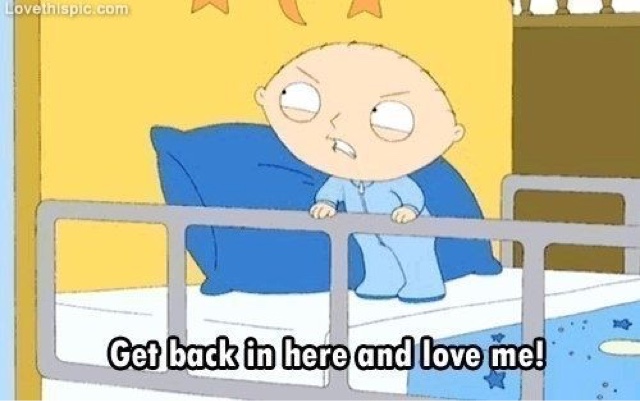 Then I’d start all over again with the whole, “lie down now Ben. It’s not wake up time yet darling…”
Stuff you Gina bloody Ford. Your words are lies and you haven’t met Ben. Contented baby my arse.
This carried on until, eventually, it got to 6:30am and i could no longer say, “it’s not wake up time yet…” Because it was.
I’m now curled up in the fetal position on the sofa downstairs whilst he hits me on the head with a Thomas the Tank Engine.
I’m sure it’s meant as a sign of affection rather than to cause pain…he loves me really. 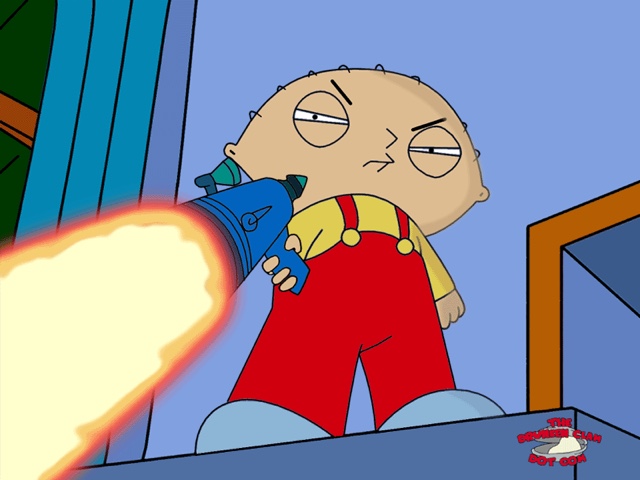 Needless to say, today will be sponsored entirely by Necafe and Cadburys.
And the rest of the family, they’re blissfully unaware and tucked up in bed still. Not that I’m resentful or anything…